Study On Campus or Online and start your new career in less than one year. Get Info Now!

Learn the story behind your favourite Halloween traditions, from costumes to candy corn.

Blog > The History of Halloween in Canada

The History of Halloween in Canada

link has been copied

Ah, fall – the season of pumpkin spice lattes, back-to-school activities and…ghosts. As you stock up on candy and carve Jack-O’-Lanterns with your family and friends, you’re likely wondering why we started celebrating Halloween in the first place.

The real story behind Halloween may surprise you! Here’s a look at the lesser-known history of your favourite Halloween traditions, told from a delightfully Canadian perspective (hint: we may mention a prairie haunting or two). Trust us, this one’s a treat.

When Did People Start Celebrating Halloween?

Experts believe the origins of Halloween can be traced back to an ancient Celtic festival called Samhaim. If you’re wondering how to pronounce Samhain, it sounds like sah-win.

For the Celtic people, November 1 marked the first day of winter and a transition from light to dark (Canadians can certainly relate to that). According to Celtic tradition, spirits and otherworldly beings were likely to visit on the evening of October 31. To appease these visitors, the living would prepare food offerings and dress up in disguise. Sound familiar?

The Samhain celebration also involved a large, communal fire known as a ‘bone fire’ (AKA bonfire) where the bones of sacrificed animals were burned. When harvest was done, people would extinguish their hearth at home and relight it from the communal ‘bone fire.’

Where Does the Word ‘Halloween’ Come From?

The word ‘Halloween’ is a contraction of the phrase ‘All Hallows Eve,’ which marked the evening before All Hallows’ Day (also known as All Saints’ Day). Pope Boniface IV established All Saints’ Day in the 7th century. It was celebrated on November 1, which means All Hallows’ Eve landed on October 31.

While these holidays were celebrated by the Catholic faith, historians suggest that All Hallows’ Eve absorbed many elements of the festival Samhain. Ultimately, this became the secular holiday we know as Halloween.

When Did Trick or Treating Start in Canada?

The very first trick or treaters lived in medieval England and Ireland. On All Hallows’ Eve, children and peasants would participate in a common practice known as “soulling” by dressing in costumes and collecting “soul cakes” in exchange for prayers. These small, round cakes were baked with nutmeg and cinnamon and marked with a cross on top. If you’d like to taste soul cakes for yourself, try out the recipe below! 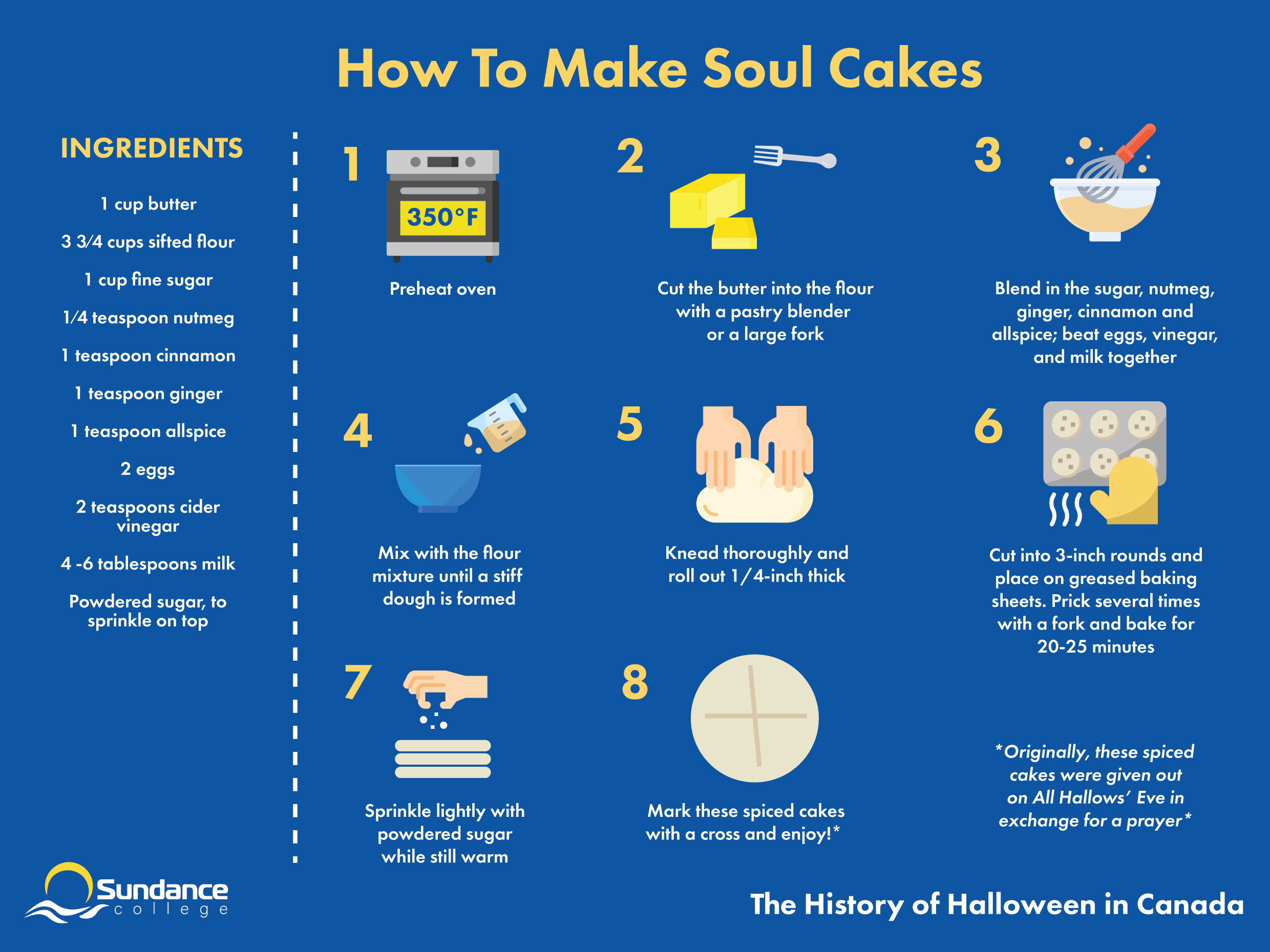 Halloween was introduced to Canada in the 19th century with the arrival of many people from Ireland and Scotland. However, no one knows exactly when the phrase “Trick or Treat” was coined.

That said, the first known use of the phrase “Trick or Treat” to describe the Halloween custom was published in an Alberta newspaper in 1927.

In the early days of trick or treating, children were likely to receive homemade goods like cakes and cookies, as well as coins and toys. But in the 1950s, candy companies saw a marketing opportunity and ran with it. By 1970, storebought candies and chocolates had become the norm (wrapped and sealed treats were perceived as a safer alternative to accepting cookies from strangers).

Some Halloween candy staples have endured for more than a century. Candy corn was invented in the 1880s, while the first Hershey’s milk chocolate bar was sold in 1900. And let’s not forget about the slightly younger Reese’s Peanut Butter Cups. Invented in 1928, this treat remains a top-seller at Halloween.

Halloween celebrations in Canada are still going strong – in 2014, the holiday was estimated as being a $1 billion industry.

Why Do People Dress Up for Halloween?

We’ve already mentioned that the Ancient Celtic holiday Samhain involved dressing in disguise, and that this tradition continued into the medieval period – but the story doesn’t end there.

In 1898, a newspaper article published in British Columbia made the first recorded North American reference to young people dressing up on Halloween.

By the 1920s and 1930s, Halloween costumes were a steadfast cultural tradition. Companies had even started selling costumes based on popular cartoon characters, like Mickey Mouse and Popeye.

But it wasn't until the 1960s that the commercialization of Halloween costumes really took off. At this time, a company called Ben Cooper owned 70 to 80 percent of the entire United States costume market. Their business model relied on buying licenses for pop culture characters.

Today, Halloween costumes aren’t just about ghosts and ghouls (although creepy costumes will always be part of the holiday). You’re just as likely to cross paths with a Bridgerton character as a vampire on Halloween night; the fun is in dressing up!

What is the most haunted place in Canada?

Telling ghost stories is a beloved Halloween tradition – so we’ve prepared just a few for you. While there are plenty of “haunted” places in Canada, many alleged supernatural experiences have occurred right here in the prairies. If you live in Alberta or Manitoba (the provinces where our three Sundance College campuses are located!) we dare you to visit these spooky destinations this Halloween season:

Haunted Places in the Prairies

A beautiful retreat in the Rockies, this hotel was built in 1888 for travellers on the Canadian Pacific Railway.

There’s been plenty of alleged paranormal activity at the Banff Springs Hotel, but its most famous sprite is a ghostly bride. As the legend goes, the young bride was descending a grand marble staircase – wearing, of course, her wedding gown – when she fell tragically to her death.

Her ghostly figure is said to pace that very hotel staircase. She’s also been caught dancing alone in the ballroom, perhaps waiting for her groom, from whom she was separated much too soon.

Now a museum, this Edmonton building was once a schoolhouse and site of the Alberta Legislature. It’s also rumored to be haunted by a spirit named Peter – a construction worker who died while working on an addition to the building in 1912.

A custodian kept track of the school’s strange events, reporting taps turning on independently and even a locked room in the basement that appeared to have been ransacked. Naturally, the custodian decided to contact the spirit with a Ouija board – which is how we know Peter’s name and story today.

It’s not surprising that this pub is (allegedly) haunted. Built in 1909 as a domestic residence, it later operated as a funeral home – and it seems some spirits never left. The ghost of a little boy has been spotted in the basement and is said to flicker the pub’s lights late at night. Visitors have also seen the spirit of a woman in a flowing white dress wandering the building and often report the feeling that they’re being watched.

Chairs moving, ghostly voices and doors closing on their own? Alexander Pantages is rumored to haunt this Vaudeville theatre he founded in 1914.

Pantages had a questionable start to his career as a theatre mogul. He used money belonging to his fiancée (and business partner) Klondike Kate Rockwell to open his first Vaudeville theatre – and then deserted her for another woman.

He was also notoriously harsh with performers, and quick to fire acts if their show wasn’t a hit.

Unfortunately, Pantages doesn’t seem kinder in death than he was in life – Playhouse staff have fallen victim to many inexplicable tricks over the years.

What’s spookier than Halloween? Searching for a job.

It doesn’t have to be. A professional diploma, combined with workplace practicum experience, can help you land your dream job. Sundance College will help you take your job search from scary to streamlined.

Browse our program selection to discover the Sundance difference. 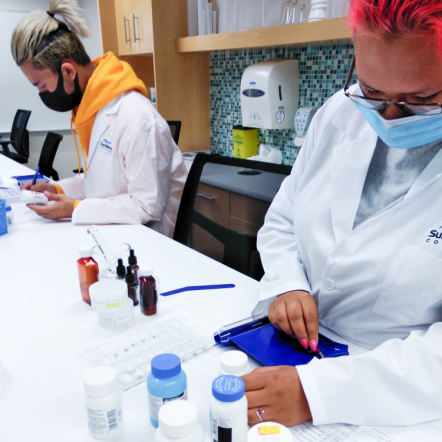 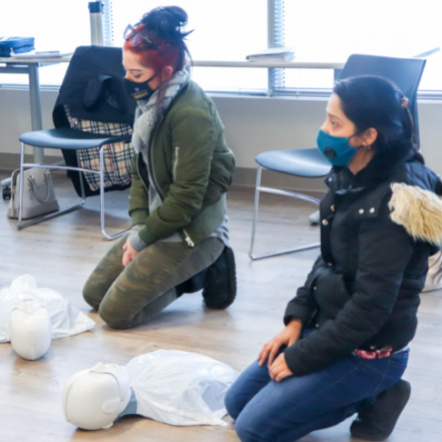 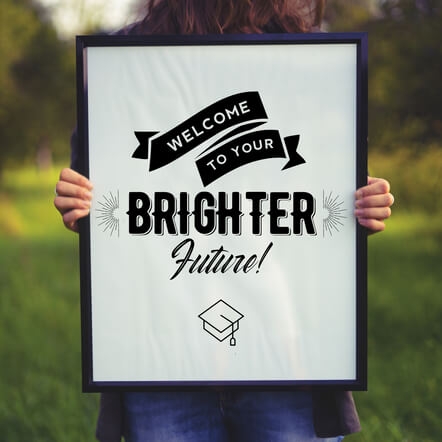 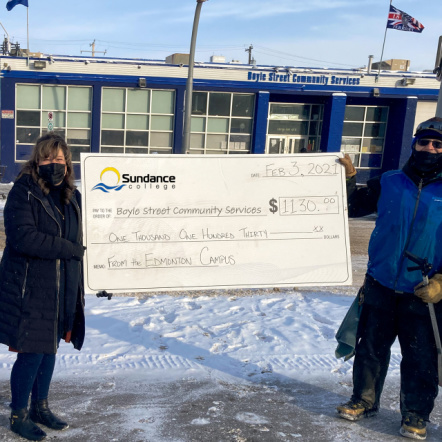 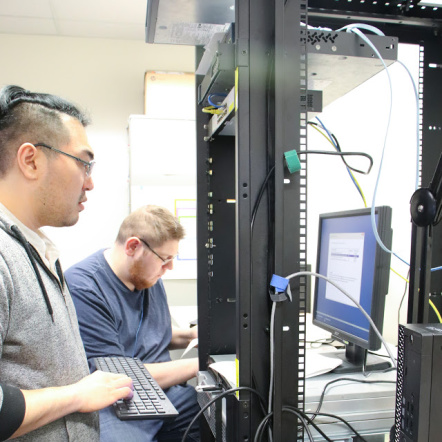 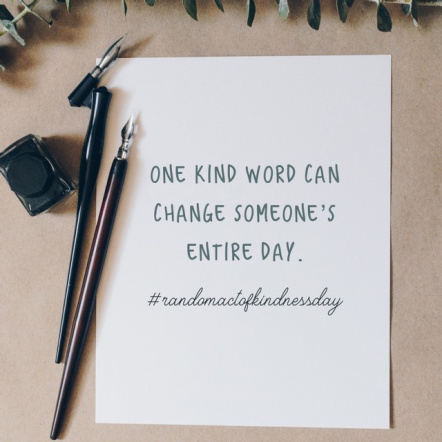